Book Review: The Fire Next Time & Between the World and Me

At our neighborhood book club, I mentioned I was looking forward to reading Between the World and Me and received an excited suggestion to listen to the audiobook, which the author reads himself, and to also read James Baldwin’s The Fire Next Time. I took both suggestions, and am glad I did. I am reviewing these two works together because I read them so closely together. 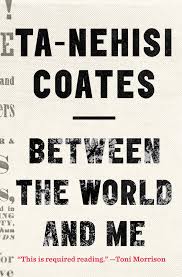 Between the World and Me

Ta-Nehisi Coates’ prose is powerful, especially when heard in his own voice. I found Coates’ anger, his insights, and his frank advice to his son (to whom this work is addressed) relatable both as the parent of a fourteen year old and as a person who works with (and cares about, and worries about) the teenagers in my high school every day. Coates brings into sharp focus the hopelessness, fear, and anger he felt growing up, and the fear he feels as his son is thrust into a world that has proved itself to be a hostile and divided place.

The greatness in Between the World and Me is that it is intensely  personal. Coates’ description of the constant struggle he faced during his formative years to protect his own body is gut wrenching. The personal stories Coates shares provoke deep consideration of our societal constructs regarding race, as well as close consideration of our assumptions about, and treatment of, other people as individuals.

Between the World and Me is illuminating. I appreciate the rawness of Coates’ narrative and his perspective, though I confess that on the first reading I did find his repeated assertion that the actions of American white people are the result of their intent to claim racial superiority  exhausting.  Upon reflection, though, perhaps that is Coates’ point–to demonstrate that his experience as a black man in America has been an exhausting practice in defensive living. I was emotionally drained after reading this book, but still heartily recommend it.

I read The Fire Next Time immediately after finishing Between the World and Me, and was struck by the similarity of the sentiments expressed in the two books, considering they are written decades apart. Baldwin’s writing is a pleasure to read, and his message resonates as powerfully today as it must have when it was first published in the early 1960s.

The Fire Next Time

While Baldwin expresses similar themes in his work to Coates–disillusionment with an education system stacked against black Americans; anger at the lack of choices and outright racism that confront him in everyday life; and, rage that black Americans face immeasurable obstacles for no reason other than they are black–Baldwin’s work contains brilliant lights of revolutionary thinking that transcend integration. Baldwin calls on all Americans to accept our complicated, often ugly, past “without drowning in it”–and to each take responsibility for smashing the myth of the American Dream, as it previously existed, in order to create a nation together.

Baldwin offers more than his anger in The Fire Next Time. He is also generous enough to offer the hope that we humans all have the capacity to wake up to the reality of our current state, and to contribute to a better nation. Baldwin places the responsibility for our future in all our hands, giving both agency and responsibility to the disaffected, as well as the privileged:

In short, we, the black and the white, deeply need each other here if we are really to become a nation–if we are really, that is, to achieve our identity, our maturity as men and women. To create one nation has proved to be a hideously difficult task; there is certainly no need now to create two, one black and one white.”

I would recommend everyone read these books, one after the other if you can. If you have time for only one of them right now, start with Baldwin.

The Fire Next Time by James Baldwin. New York: The Dial Press, 1963.